When I asked kids playing Teenage Mutant Ninja Turtles in the arcade, why they couldn’t choose to be April O’Neil, one boy responded, “Because that’s how the game is made.” Realizing he was right and that there were then few games featuring female avatars you could choose to play as, I decided to propose such a game that specifically dealt with identity politics. With a grant from USC’s Annenberg Center, I was very fortunate to have Mark Jonathan Harris (three-time Oscar winning documentary filmmaker) as my primary collaborator. Together we wrote a script called Runaways and co-produced and directed the game, but only after we had researched the subject. We not only read about the social problem of teenage runaways but also visited several shelters in Hollywood where we pitched our script to teens to see if they thought it was realistic, and went out with a food distribution van that nightly roved the city. We focused on teenage runaways because most of their reasons for leaving home or problems on the street involved issues of gender, sexuality, race and ethnicity.

Two other crucial members of our team were Kristy H.A. Kang, a talented graduate student who was completing her MFA in Animation, and Patty Podesta, an art director/experimental video artist who was a wonderful source of ideas and creative energy. Although none of us had previously worked on a game, we all eagerly embraced it as an exciting challenge. Combining live action and animation, the game invites players to join a detective agency in Hollywood called The Searchers, which specializes in finding teenage runaways. To join the group and get an ID card, the player must fill out an application. It asks not only for Race, Ethnicity and Gender but also for Biological Sex and Sexuality. If a player doesn’t understand the distinctions, there are brief animated mini-narratives that explain the differences. When players give their date of birth, they get not only the correct sign in their horoscope but also the animal in the Chinese system of years and the god in the Mayan system. Players can lie on this application or change answers later in the game, but each choice has consequences—e.g., concerning what a specific character is willing to tell you, or whether someone trusts or desires you, or whether you get a translation for a language you don’t know. Once the player becomes a Searcher, he or she needs to find the Watson, an animated magical device shaped like a glass pyramid that enables you to perform many functions.

Since our grant was modest, we had enough to make only a prototype, with a single case—the story of Rita Rodriguez, who has run away from her adoptive parents in Los Angeles to find her biological mother in Mexico. All of the characters in her story are live action figures. Though the game was never finished, in 1997 Kristy and I presented it at a one-day symposium at MIT on “Gender and Computer Games,” and an interview with me about the game appeared in their anthology, From Barbie to Mortal Kombat: Gender and Computer Games (1998). When we tested it with a focus group of local teens, we got a very positive response. 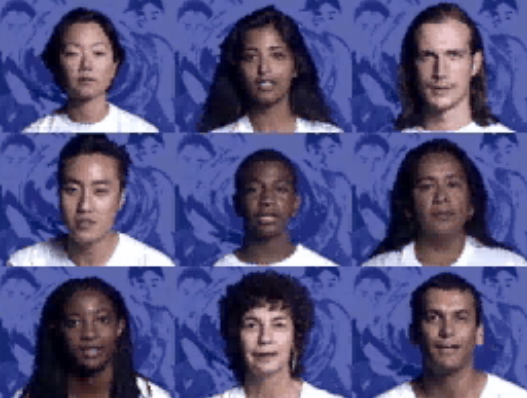 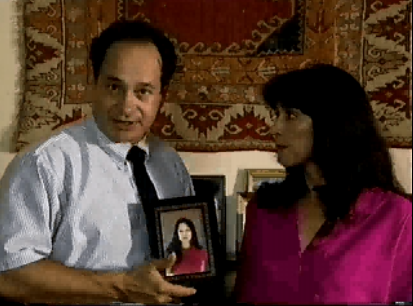 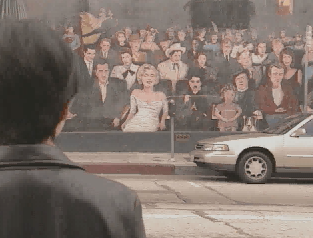